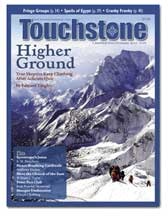 “If only atheists were the skeptics they think they are.”

This article presents an interesting challenge to nonbelievers and believers alike, I think. Based on some of the published thoughts of the great mathematician and thinker, Blaise Pascal, Edward Tingley makes an interesting point about skeptics who claim to be interested in the truth about God. The real seeker for truth will follow the path wherever it leads. Tingley says that most skeptics abandon the search when the material evidence runs out, but base their conclusions of the unknowability or nonexistence of God on just the same lack of evidence that they claim believers base their faith upon. They “prefer their own commitments over reason.”

That belief in God is not irrational (contrary to reason), and shouldn’t be so, is a fairly easy position to defend and one that is conceded by many thoughtful nonbelievers. The real issue is that logical argument based on empirical evidence (that which can be perceived by the five physical senses according to the methods of the physical sciences) does not compel belief. Unbelief is also a rational position and a simpler one since it supposedly doesn’t rely on conjecture, but limits itself to the more tangible possibilities of natural science. But the question true skeptics should be asking is, “What reason do I have to subordinate the possibility of Gods existence to the powers of my senses?” If the search for God reasonably leads beyond material evidence into the ways known only by the heart, committed seekers are bound to follow. But rather than facing the facts, many atheists and agnostics unwittingly and irrationally limiting their choices to those that suit them:

We are told we should face the facts. Well here they are: The only world in which strictly empirical evidence is the road that we should take in our views about God is a world in which God either shows himself by such evidence or simply does not exist. Those are the options that the agnostic and the atheist like, and it is because they like them that they never pay any attention to the further fact that accompanies these: God might await us down another road. There are three options, not two.

In a world in which God both exists and hides, relying upon conclusive evidence is the way to be wrong about God. Reason delivers three options, but the agnostic and the atheist are not listening to reason; they hear only the options they like, and simply pick the one that suits them.

… It is not true at all that he cannot believe without evidence; he has already done so, having arrived at his commitment to evidence without evidence. Evidence is not his only vehicle of locomotion, and he should admit it. He should notice what his heart is already doing for him, when he lets it.

The whole article is well worth reading and thinking over. I really haven’t done it justice here. But I said at the beginning that this article presents a challenge for believers as well as unbelievers and I want to say something about that. This isn’t something explicitly stated in the article, but I think it’s true because many believers have a tendency to limit their understanding of God by confining it to beliefs with which they are most comfortable. Many Christians, especially those who like to indulge the unbelievers in debates over the evidence, fall into the trap of confining their commitment to God to rational beliefs. They too prefer to spend most of their time below the tree line, content with a relationship with God that fits well with their own understanding and desires rather than follow the ways of the heart up toward the summit, “onto the icy slopes out past the limit of concrete evidence” where our footing is less sure and the risks to our comfort are greater in pursuit of the reward of intimacy with God. There is no passion to know God, only to know truths about Him. We need to follow our hearts where our heads can’t take us.

All this is no excuse for irrational religion. Our rational faculties are a gift from God, meant to be used well. They serve to guide the heart, but they have limits that the heart is able to surpass. If we choose to follow God only within those limits, are we really much better off than the unbelievers? Pascal had a brilliant mind and was also a passionate believer. We can learn as much from him as the skeptics can.

This entry was posted in Christianity, Religion. Bookmark the permalink.